When searching for an affordable used car, it’s important to find one that not only fits the buyer’s driving needs, but also one that’s reliable, retains its value well, and has been thoroughly tested and proved by the consumer market. Here’s a list of 7 quality used SUVs that you can buy for under $15,000, along with price ranges for the model years listed. 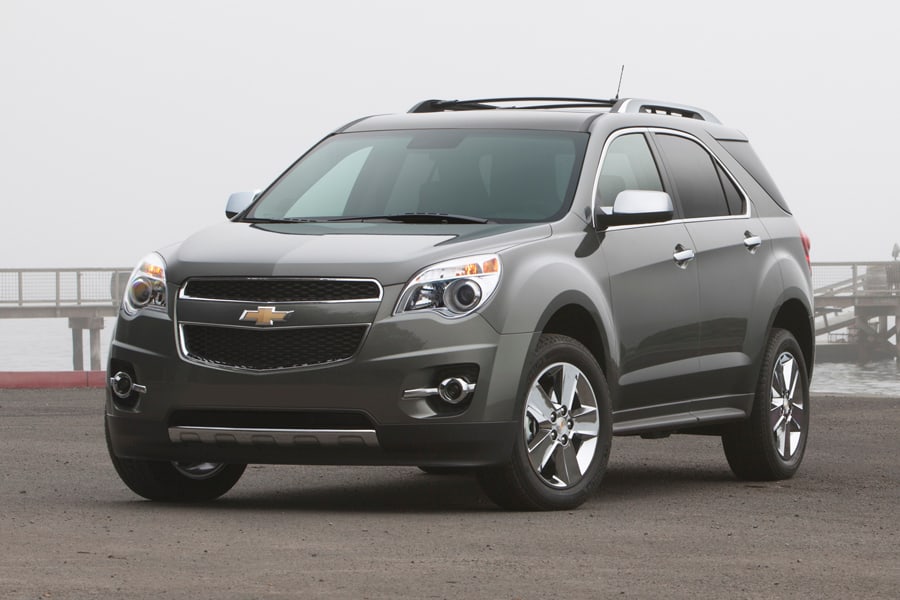 The Chevrolet Equinox is an affordable compact crossover with attractive features that make it a viable alternative to other competitors like the Toyota RAV4 or the Honda CR-V. Ranging in price from right around $13,000 up to $25,000 for a newer 2014, the Equinox sits in the middle of the spectrum for low-priced SUVs.

It’s not overly powerful and ride quality is about on par with others in its class. It does have great fuel efficiency and the interior is more than adequately comfortable. The one thing missing from the Chevrolet Equinox is available third row seating, something several of its compact crossover rivals offer in their models. 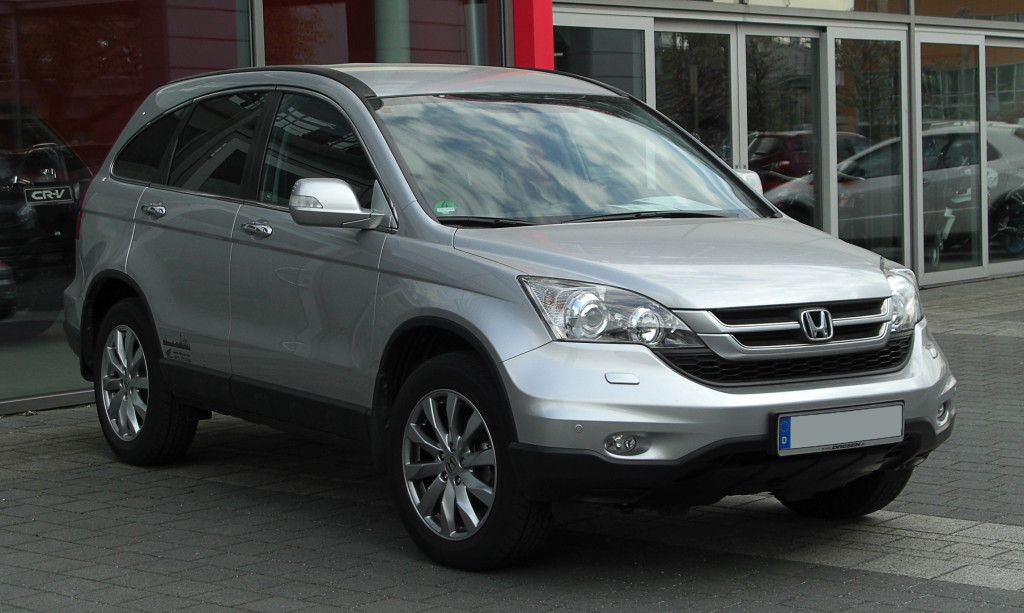 One of the most versatile compact crossovers available today, the Honda CR-V is both reliable and capable in almost any environment. Able to tackle light off-road terrain or hard pavement with equal ease, the CR-V is both pleasant to drive and comfortable to be in. Later models only improved on the successful formula the CR-V presented upon its debut.

Averaging in price at about $15,000 with $8,000 being on the low end for a 2007 and over $20,000 for a well-equipped 2011, the CR-V is a solid choice for a used SUV. Like several other models in its class the CR-V offers third row seating and a part time four-wheel drive system similar to the one used in the older Honda Pilots.

It’s also worth noting that Honda vehicles retain their resale value better than almost any other brand. 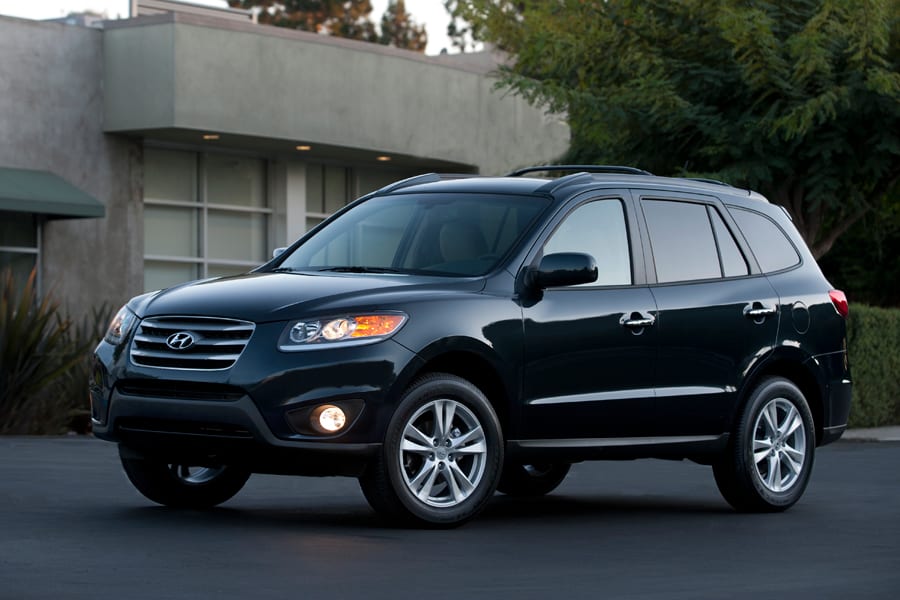 Another affordable alternative to more expensive offerings from its competitors, the Hyundai Santa Fe is equally at home driving through the city as it is on a trail-road in the backwoods. It has a plethora of standard and available and standard features, and can be well-equipped without getting overly expensive. Later models released were slightly more expensive than earlier models, and used prices reflect this trend, but they were also significantly improved in both aesthetics and performance over older vehicles in the line. 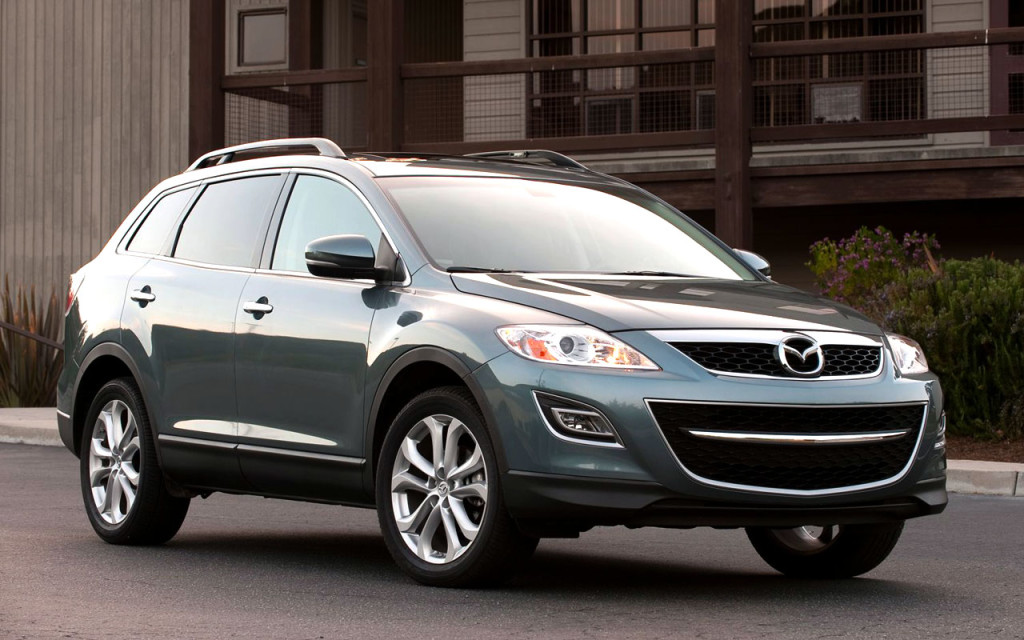 A beautifully designed and well executed crossover SUV, the Mazda CX-9 has been a consistent contender in its class for years. With third row seating, good fuel economy, and a comfortable interior, the CX-9 makes the perfect family car. Its only weakness may be its low towing capacity, something that’s to be expected in a mid-size crossover.

It’s a Mazda, so it’s going to have a focus on driver enjoyment as much as utility and function. This makes the CX-9 a great car to drive whether alone or with family. Responsive handling, nimble cornering, and a smooth ride quality are all perks of this focus, and the CX-9 feels less like a crossover and more like a large sedan on the road.

Prices on a used CX-9 will range anywhere from $13,000-$25,000, averaging right around $15,000 depending on model year and options. It’s possible to find them below $13,000 in the older models, but it may be better to put in a little more to get a newer year. Like Honda, used Mazda vehicles tend to retain their resale value better than other manufacturers vehicles. 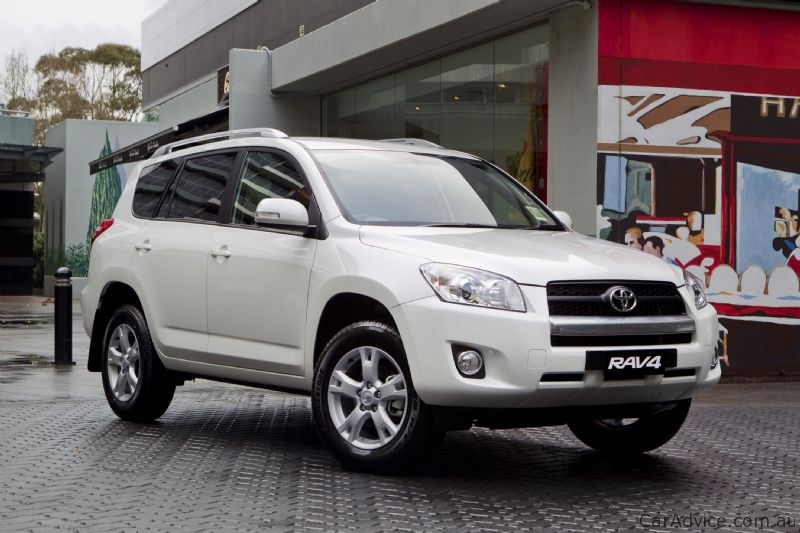 A direct competitor to Honda’s CR-V, many will argue the Toyota bests it in nearly every category. Featuring the same available third row seating, a choice of four or six-cylinder engines, excellent fuel economy and incredible interior versatility, the Toyota RAV4 is an impressive example of what a compact crossover is capable of. Its four-wheel drive system also handles off-road conditions better than Honda’s CR-V.

Ride quality on the Toyota RAV4 is also exceptional, equally smooth on pavement or in the dirt. It’s not overly fast but it never feels sluggish or slow either, and it makes a perfect commuter SUV. It handles like a much smaller vehicle and has more than adequate braking capability for its size and weight.

Toyota, like Mazda and Honda, retains its vehicles resale value incredibly well. They also compete with Honda for most reliable vehicles on the road, and as a result purchasing a Toyota can be more expensive than offerings from competitors, but tends to be a smarter buy in the long run. A 2006 RAV4 averages right around $13,000 depending on trim and equipment, while the high-end of the range can reach up to $25,000 for a 2012. 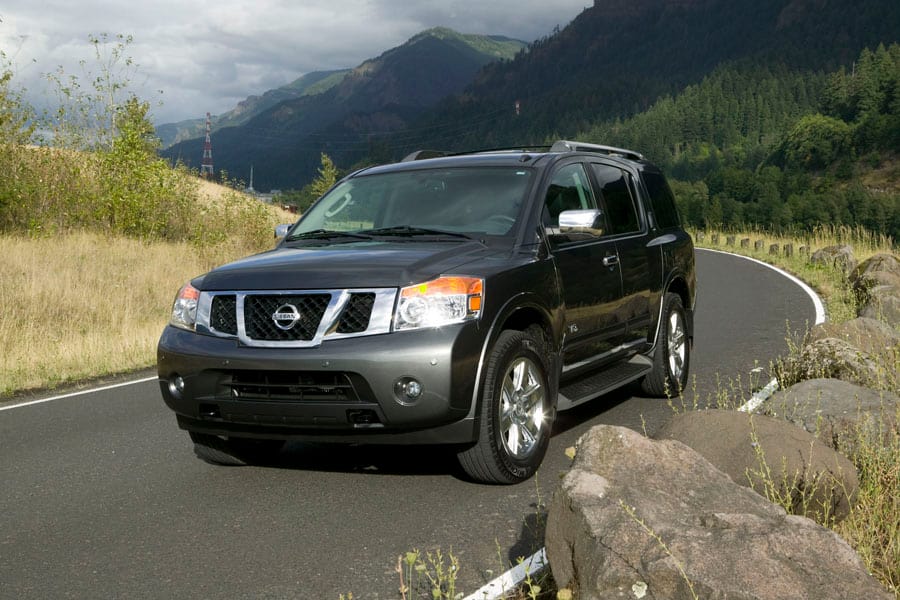 The only vehicle featuring a V8 engine on this list, the Nissan Armada is a larger, more powerful SUV akin to the older SUVs seen in the early 2000’s. It has strong looks and a comfortable interior, and more towing capacity than the compact crossovers listed above. Older models in the line are similar to the newer Armada’s, with year-to-year upgrades mostly being aesthetic and feature related.

The Armada’s large V8 engine produces 385 lb-ft of torque in the 2010 model, helping the Armada to tow an astonishing 9,100 pounds. Interior space is abundant, as is cargo room and with fold-down seats almost any piece of cargo that can fit into an SUV can be fit into the Armada. It really is a massive vehicle and this heft is fully present in the way the Armada drives. It feels as big as it looks, and while it has acceleration to spare even when weighted down, cornering, handling and body roll are mediocre at best. 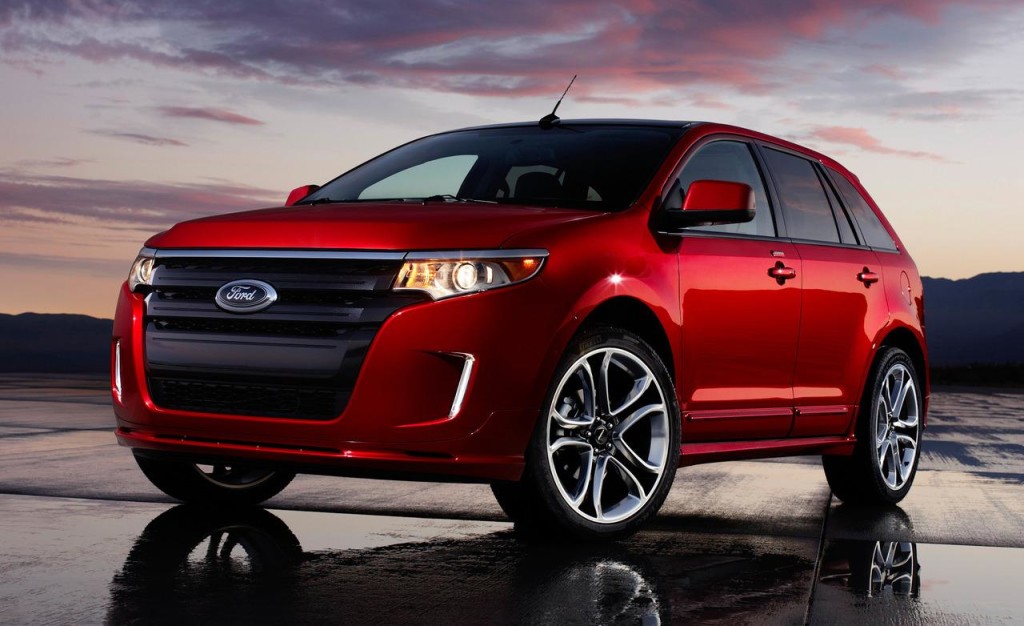 When the Ford Edge debuted, it may have been ahead of its time. Loaded with technology and with a wealth of standard features, the Ford Edge was a strong contender in the crossover SUV class. Above-average fuel efficiency despite its powerful four-cylinder Ecoboost engine option, a good reliability record, and excellent driveability make the Ford Edge one of the better used SUV choices available today.

While the interior isn’t the most impressive offering from an SUV manufacturer, it’s certainly not the worst either .There’s plenty to like in the Edge, with plenty of interior space, cargo room, and enough technology related bells and whistles to satisfy the most avid gadget enthusiast. If there’s one major downside to the Ford Edge, its the glaring lack of a third row seating option, something other competitive crossover SUVs are quick to offer their potential buyers.

If the Ford Edge’s array of positive features didn’t attract buyers, its low used price point certainly will. An older model Edge, even well-equipped, will run right around $9,000 or even less. At the high-end of the range the 2012 Edge can run all the way up to $30,000 when fully loaded and given its most expensive trim option, but the average overall cost for the model’s included in this entry is right around $15,000. It’s worth noting this is one of a few Ford’s that has retained its value incredibly well, hence the more expensive 2012 models.

Which of these vehicles are you leaning towards? Leave a comment and let us know what you like about it and why!