Diesel vehicles are once again seeing a huge surge in popularity around the world. In the United States diesel fuel is more expensive than gasoline, but diesel engines burn cleaner and are considerably more fuel efficient than their petrol counterparts.

Fuel prices vary wildly from year-to-year, so a diesel SUV is a smart long-term choice for energy or fuel conscious buyers. To help you pick from the options available, here is our list of the top 10 diesel SUVs in 2016. 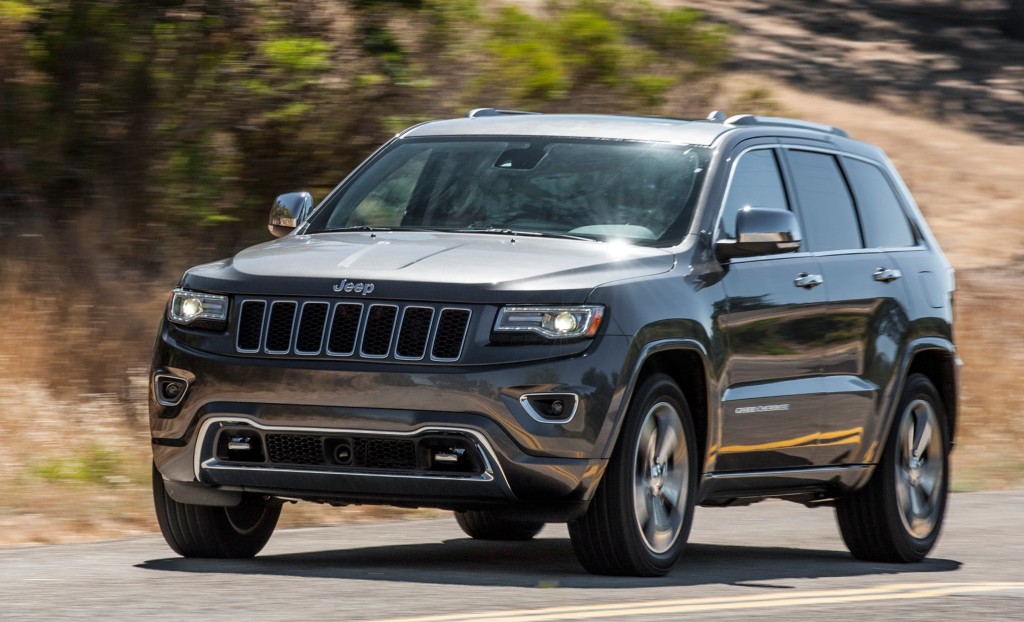 The 3.0L turbodiesel V6 makes 420 pound-feet of torque and 240 horsepower, and while it’s the most expensive engine in the models lineup, it’s also the most fuel efficient with the rear-wheel drive Ecodiesel coming in at an EPA estimated 25 combined mpg.

On the inside, the 2016 Grand Cherokee is incredibly comfortable and the ride is smooth. Wood finishing, soft coverings, and a lack of cheap plastic make the car feel like it’s teetering on the edge of a more expensive luxury badge, despite the fact that it’s not. It will comfortably seat up to four adults with plenty of additional room for cargo.

The Grand Cherokee has always been a good off-road option for buyers looking at getting their tires dirty, and for 2016 it has only gotten better as its evolution has progressed into a fantastic people-carrier with significant off-road underpinnings. 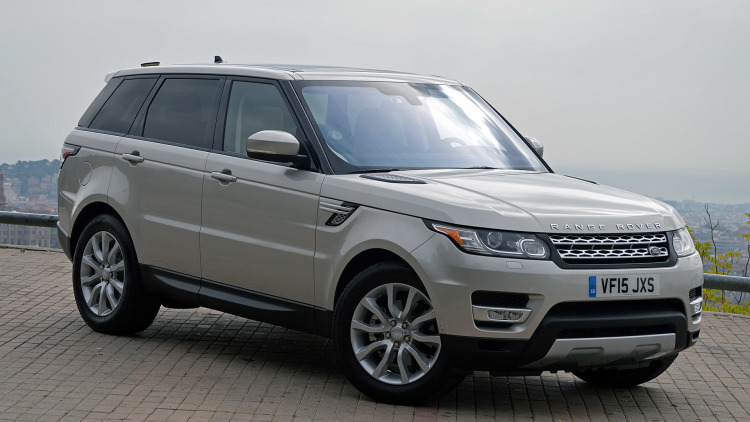 When it comes to luxury, performance, and off-road capability, Land Rover vehicles are often at the top of the pack. This is once again the case with the 2016 Range Rover. Its 254 horsepower turbocharged V6 diesel engine performs beautifully in everyday driving, and it gets its owners a combined 25 mpg. The Range Rover Sport offers the same excellent fuel efficiency as the base model. This increased efficiency provides the Td6 with over 600 miles of range in Car and Driver distance testing.

The interior is the standard luxury offering from Land Rover, and that means buyers will be seated in perfect comfort under almost any driving conditions. Standard and available features abound and the standard model will comfortably seat four adults.

The base model Range-Rover comes with 4WD as standard. As is expected from a Land Rover, the Range Rover performs beautifully over rough-terrain. Even more terrain monitoring systems have been added to the 2016 model to further enhance its off-road capabilities. Active terrain monitoring, adjustable suspension, a low-range gearbox, and even a depth monitoring system are all included and controlled through Land Rovers center mounted infotainment system.

It features incredible versatility and an amazing level of luxury-comfort to its passengers. The Td6 model is one of the best diesel SUVs on the market today. 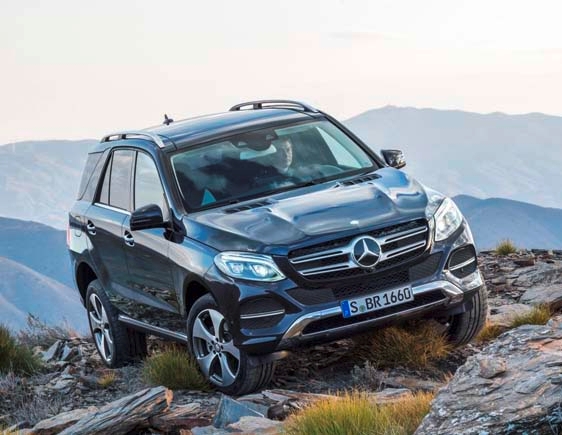 Another strong competitor in the Luxury SUV class, the 2016 GLE300d may not have the rugged off-road trappings of the Range Rover, but what it lacks in toughness it makes up for in comfort. With all the usual Mercedes attention to detail on display here, the GLE300d provides a wealth of comfort at all trim levels. It will comfortably seat four adults and includes a wide-range of standard and available safety features.

As one of Mercedes-Benz’s premiere everyday driver SUVs, the GLE300d places its focus on comfort above sporty performance. That doesn’t mean the vehicle is a slouch off the line though. The 2.1L diesel four-cylinder engine provides 201 horsepower and is plenty for a commuter SUV, while it also gets a healthy 24 combined mpg. Handling in the GLE300d is nothing special but it is acceptable given the cars purpose; it can sometimes feel a bit loose on the road. The ride quality itself, however, is excellent, and drivers and passengers alike will find the GLE300d a joy to be in.

Mercedes-Benz puts a lot of effort into ensuring the quality of their vehicles. They tend to have a focus most manufacturers lack. Thanks to this effort, the GLE300d winds up being one of the better commuter diesel SUVs available. 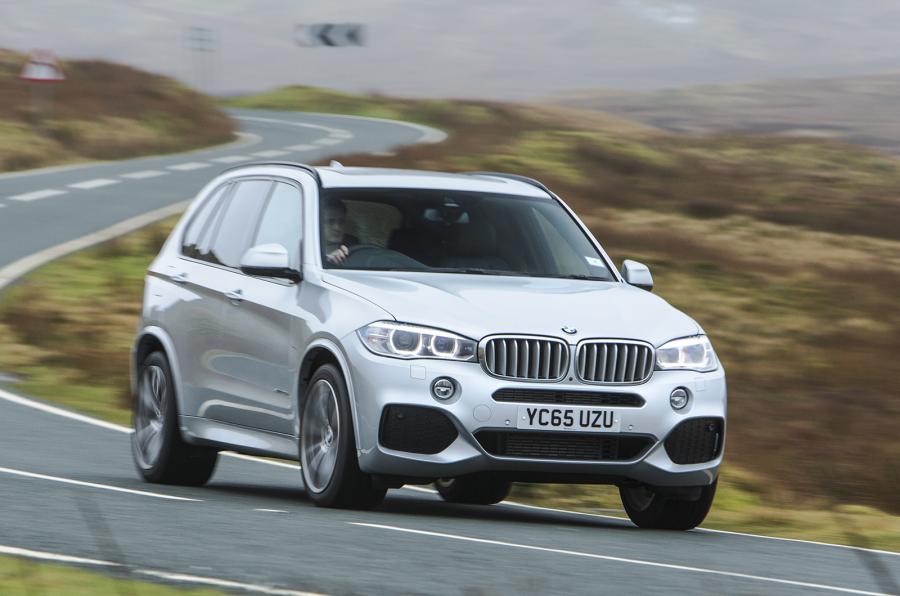 The ultimate driving machine. That’s BMW’s tag line, and they stick to their promise when it comes to the BMW X5. It’s one of the sportiest SUV’s around, with 0-60 times that compete with vehicles far more expensive and half as luxurious. In the xDrive35d, BMW’s twin turbocharged 3.0L inline six is rated to produce 255 horsepower and clocks in a 0-60 time in under seven seconds. That’s an impressive benchmark for many sports coupes, let alone a full-size diesel SUV. This diesel engine is rated by the EPA to get an estimated 26 combined mpg.

As with most BMW vehicles, the xDrive35d is built to perform on the road. For BMW, this never means simple acceleration. It includes the entire driving experience, from the way the car handles to the comfort of the ride. The xDrive35d does exceptionally well in these areas; despite its size and available third-row seating, the xDrive35d handles like a much smaller vehicle. There is little to no roll thanks to its updated exterior, and passengers can relax in total comfort while the driver tears through corners.

All the usual BMW bells and whistles are present on the inside, and of course BMW offers a variety of neat, but expensive, optional extras. Standard interiors in the X5 will be more than adequate for most, though many will still want to spring for more options to complete the SUVs package. Safety features in the X5 are also numerous, and multiple driver assist extras are also offered.

The BMW X5 xDrive35d capitalizes on the things BMW drivers want most in a BMW while also holding on to the company’s core values in their production vehicles: driver enjoyment. 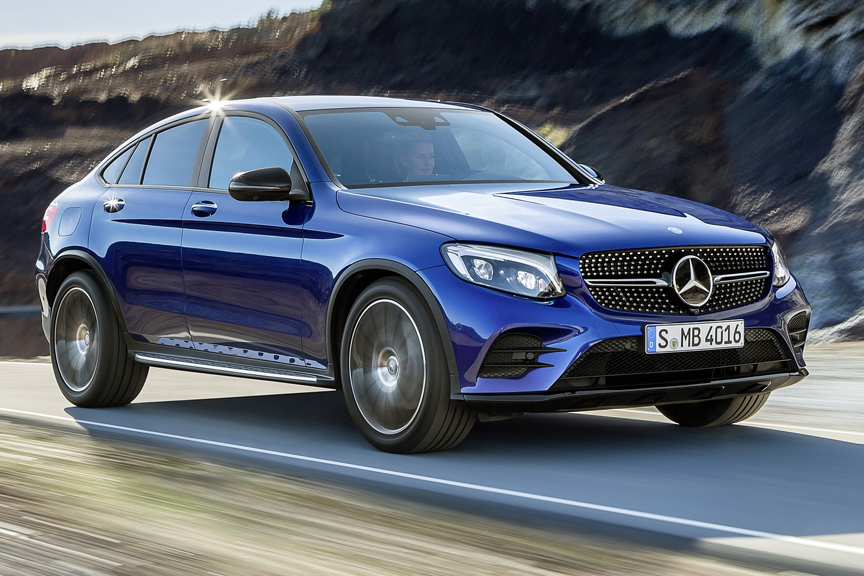 Arriving in the United States branded as the GLC300d, the 2016 GLC250d is a mid-size luxury crossover with a lot of punching power .Sporting the same 2.1L diesel engine as the above listed GLE300d, the GLC250d’s engine outputs the same 201 horsepower and 369 pound-feet of torque. Being that it’s smaller and lighter than the GLE, this crossover gets significantly more pep than its larger brother. That’s a good thing, especially when coupled with the GLC’s 9-speed automatic gearbox, one of the few first generation 9-speeds that doesn’t suffer from issues in the high power-band.

What the GLC lacks in size, it makes up for in interior quality and comfort. Just like Mercedes-Benz’s other SUVs, the GLC feels exquisitely comfortable on the inside. Ride quality is even better than in the larger GLE class thanks to its small size and lighter weight. An available air-suspension upgrade will make riding in the GLC feel like floating on a cloud for all four adults along for the ride.

The handling itself is superb in every way. The GLC handles much like a larger C-Class coupe, and that means it corners like a dream. Especially in the more moderate (read: less insane) engine offerings like the 300d, the GLC has adequate power in every turn, and it’s hard to feel a loss of control in the GLC.

Mercedes-Benz continues to impress this year with its crossover and full-size SUVs, and the little GLC300d is an exceptional entry to its model line-up. 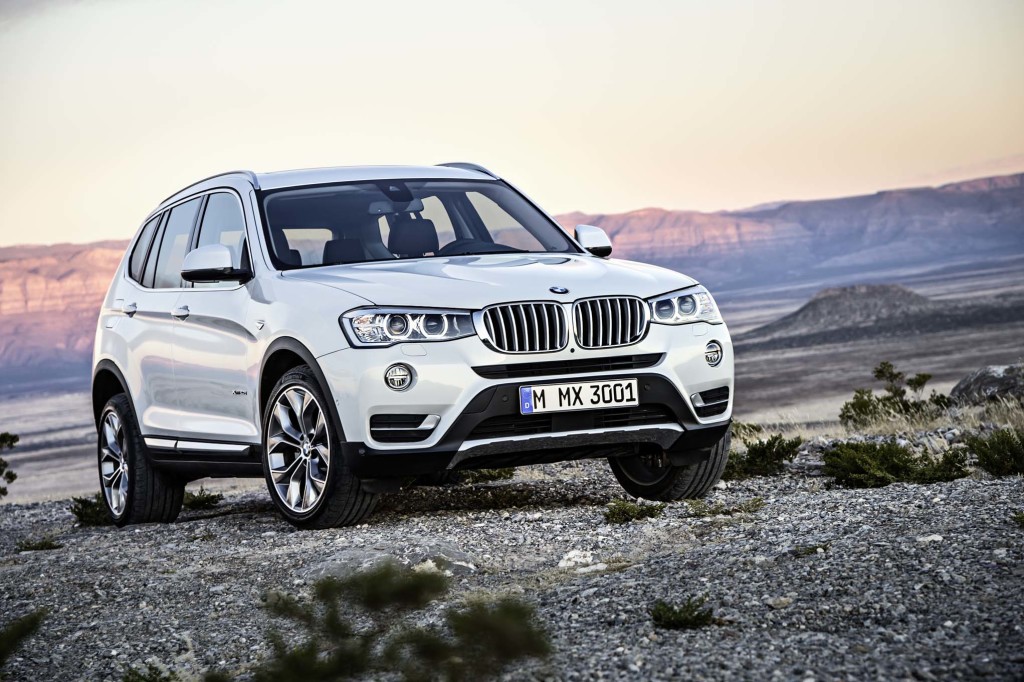 A direct competitor to the above listed Mercedes GLC, the X3 xDrive28d offers similar results but with a different focus. Choosing between Mercedes and BMW vehicles often boils down to personal preference based on what the driver is looking for in a vehicle. With the X3 xDrive, BMW buyers won’t have to worry about making sacrifices for their driving performance, and there is a lot of driving performance in this little crossover. While its little 4-cylinder turbocharged diesel engine only produces 180 horsepower, it still provides the X3 with plenty of power, and thanks to the engineers at BMW this power can be utilized all the time. The X3’s diesel engine is rated to provide an EPA estimated 30 combined mpg.

The X3 handles exactly like a much smaller sports coupe. This is an impressive feat in a crossover SUV, and BMW should be applauded for focusing their attention on driveability and driver enjoyment. Not to be outdone by its luxury competitors, BMW has made the interior of the X3 every bit as comfortable and opulent as any other SUV on the market, with soft and wood trim used throughout and incredibly comfortable seating for four adults.

Ride quality is smooth and without any bumps, body roll, or shaking. The X3’s well-engineered suspension helps its drivers eat up the road at brisk pace without interrupting the family’s mid-trip activities. There’s plenty of cargo room and passenger space for a smaller mid-size crossover, too, and the X3 is perfectly comfortable for longer trips.

A significant contender in the luxury crossover market, the X3 xDrive35d deserves a long, hard look by anyone interested in a diesel-engine SUV. 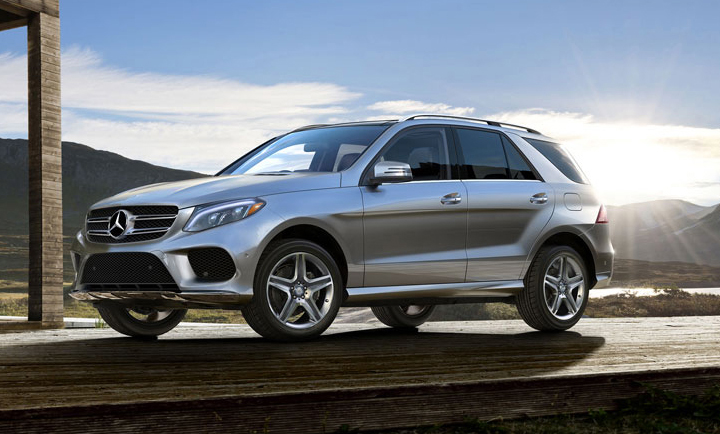 Far and above one of the best diesel SUVs for sale in the United States, the GL350 BlueTEC is also one of the most expensive. That’s not likely to matter much for interested buyers, however, as the GL350 pay dividends on every dollar spent. It has one of the nicest interiors of any 4-wheeled vehicle on the road today, gorgeous exterior styling, and is an IIHS Top Safety Pick+.

The GL350 BlueTEC’s 3.0L turbo-diesel V6 is rated to produce 240 horsepower, and that’s more than enough for this Mercedes SUV. Mercedes has a tendency to put too much power in its vehicles, and as a result they suffer in the hands of most drivers. This turbo-diesel engine finds a nice sweet spot for everyday driving; it’s enough to get around and have a bit of fun in without being too insane for the road. Thanks to the GL350’s 4MATIC all-wheel drive, handling is superb and the GL350 can even tackle a bit of light off-roading, though it’s definitely not made with that purpose in mind.

As expected, overall ride-quality in the GL350 is exceptional, and the interior itself can be filled with every available tech option out there. It will comfortably seat four adults, and has optional third-row seating available. It’s also one of the most safety conscious SUVs on the road today.

While it may be expensive, the GL350 BlueTEC lives up to its high price-tag, providing one of the most luxurious and comfortable crossover SUV experiences out there.