Many automobile consumers are huge fans of trucks. For some of these people, owning a truck is a way of life. These vehicles symbolize power, and they are rather practical for the sake of durability and hauling purposes. Dodge has long been a fan favorite, especially with its Ram series. In 2017, the Dodge Ram 1500 pleases the expectations of many fans with ease. 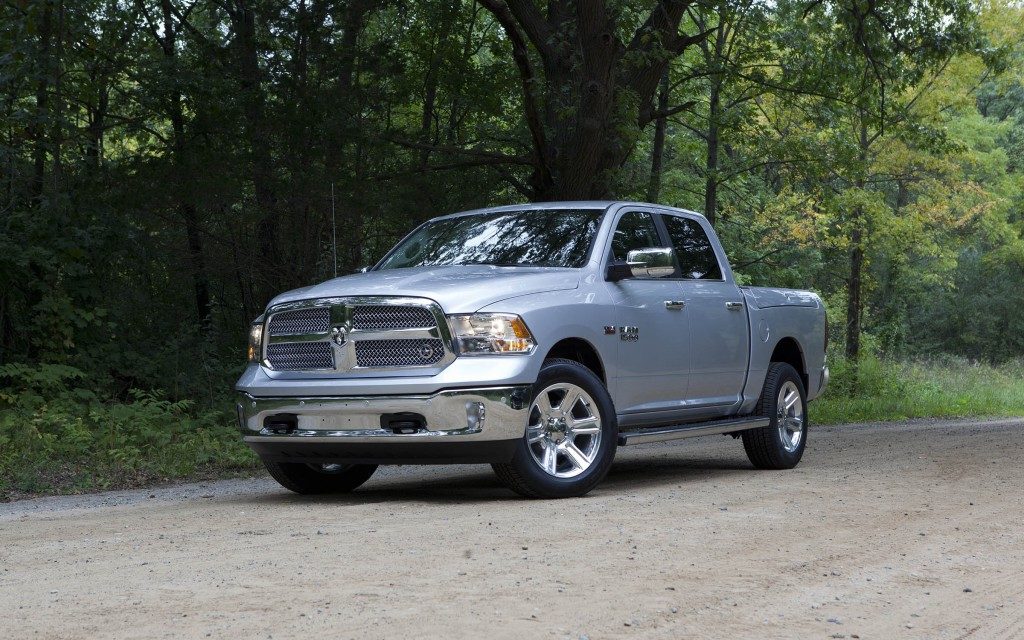 There are not many changes to this vehicle for 2017, so it offers a lot of the features that many consumers consider standard from year to year. This year’s version of the Dodge Ram 1500 adds some features that truck lovers might have admired as belonging to other vehicle classes. It picks up an 8.4-inch screen, remote start, a backup camera, and parking assist.

Depending on the cab chosen, the Ram 1500 sits up to six people. The standard cab only seats two to three, the crew version seats four to five, and the quad cab seats five to six.

The third row is rather spacious, though there are some concerns that it might be a little cramped for adults with longer legs.

Prices for the Dodge Ram 1500 begin at $26,495 and tops off at $53,575. Other than its smooth ride, this low starting price makes it stand out from the pack. The fully loaded model is also reasonably priced in comparison to similar models by other manufacturers.

It also offers several variations on the standard model, too. The standard, crew, and quad options offer six or eight-foot truck beds, and it comes with various cab sizes, too, including a four-door model.

As a bonus, the suspension system offers five riding heights. At the lowest point, the suspension can be lowered a considerable amount to allow for easy access to loading and unloading the cab. At the highest point, ground clearance gains an additional 10.3 inches for off-road treks and navigating around harsh terrain.

The 2017 Dodge Ram 1500 offers trims and interior fabrics that are the extremely high end, making it feel almost the same way as luxury trucks. As a bonus, the cab is rather quiet with Noise Cancellation technology. Furthermore, all size options offer plenty of legroom, even in the Crew and Quad Cab versions, so even adults can stretch out. Other features include a 10-speaker audio system, a power sunroof, and storage compartments for short bed options.

As a bonus, a few engine options run on diesel engines instead of traditional gasoline. These engines claim to earn 29 miles per gallon on the highway, which is rather efficient for a truck of this size.

As with other Dodge vehicles, the Ram 1500 comes with a three-year or 36,000-mile warranty, and the powertrain warranty extends to five years or 60,000 miles on gas engines and five years or 100,000 miles for the diesel option.

This year’s version of the Dodge Ram 1500 offers many safety features that have become familiar with trucks and SUVs over the last few years. These features include the following:

While the IIHS has not yet rated this truck, the National Highway Traffic Safety Administration has, and they are appealing to fans. The results are as follows:

As with many other trucks, the Dodge Ram 1500 makes use of the LATCH system for child protective car seats. This system is rather easy to use, and car seats and be installed and used with ease.

Considering the Dodge Ram 1500 has a long, 30-year history in the making, it comes with high expectations. It succeeds these expectations and leaves a long-lasting impression on consumers.

As with previous model years, this truck is rather easy to drive. Despite its large size, it handles effortlessly, almost like an SUV. Thanks to the air suspension, the ride is especially smooth. This same suspension is extremely helpful when hauling large loads, too, and the engines do not strain under added pressure. Furthermore, the suspension automatically balances loads that are unbalanced without having to be told to do so.

While many trucks in the same class as the 2017 Dodge Ram 1500 offer towing packages that might not be found with this model, it is one outstanding truck for both working and family needs. It claims to be one of the best in its class for size and comfortability, and it does not fail to meet that claim. The smooth ride and easy to handle steering and suspension make for an appealing ride that can hardly be beaten.

Thinking of buying a RAM 1500? Already own one? Leave a comment and let us know what you think!