Midsize SUVs have become a popular class of vehicle over the last decade. Some makes and models are better than others, but some manufacturers stand out from the crowd. A long-time fan favorite manufacturer, Dodge, released the 2017 Durango with high expectations for the coming year to make up for a loss of consumer interest with the 2016 model. 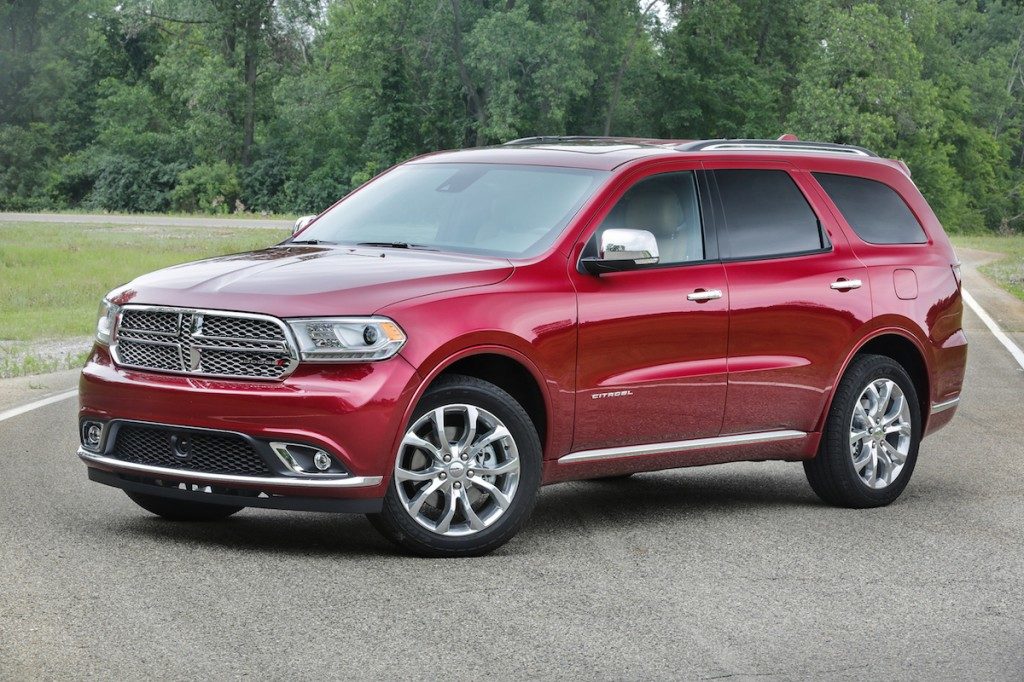 Most models offer two rows of seating for up to five people. Some of the higher end models like the GT offer a third row, adding room for an additional two passengers. Unlike other vehicles in this class, there is plenty of legroom in the third seat, making the cabin rather spacious.

Most variations of the 2017 Durango offer standard cloth upholstery, but upgrades can be made to Capri or Nappa leather. The front seats have 8-way adjustability, the heated steering wheel is wrapped in leather, and there is one feature that families will love. The first and second-row seats and the steering wheel can be programmed to a memory mode for customization to certain people.

One of the largest changes to the Dodge Durango for 2017 is the replacement of its Limited option. Now, the option falls in line with the GT series offered on other vehicles made by Dodge. The third-row seat is also optional for certain styles, like the GT. One extremely nice bonus is the ability to keep the rearview camera running when a trailer is attached for those packages that have the 8.4-inch screen. Compared to past years, there is a sense of refinement overall for 2017.

Most variants of the 2017 Dodge Durango come with standard power features like air conditioning and cruise control. The SXT is designed for five passengers, and the touchscreen is only five inches in size. All other models have the 8.4-inch screen.

The GT has a third-row seat, satellite radio, leather seating, heated steering wheel, and heated first and second row seats. Unlike the other models, it has 20-inch wheels instead of 18.

The R/T is a sportier version of the Durango that has blended seat covers, and it’s suspension system that is different from the other variants. It also has blue-ray, blind-spot monitors, and an available towing package.

At the top of the luxury charts for the Durango sits the Citadel. It has all of the best features and, as a bonus, a sunroof, dual exhaust with bright tips, Nappa leather for trims on seats, and 20-inch fully polished wheels.

As is expected with a Dodge Durango from previous models, it is quite the beast of an SUV. Unfortunately, this fact also makes it one of the heaviest. Therefore, gas economy is not in this vehicle’s vocabulary. Some consumers will find the V8 version to be quite thirsty at the gas pump.

The 2017 Dodge Durango offers many of the same safety features that can be found in other Midsize SUVs. These features include the following:

Though the IIHS has not yet rated this vehicle, it received good ratings from the National Highway Traffic Safety Administration:

Though this vehicle is not friendly for gas consumption, it certainly is one of the safer vehicles to drive in as it will be very protective during crashes.

The Dodge Durango has a great deal of power to offer, and it seems as if engineers are doing better to mask the vehicle’s size for driving around turns. The carefully tuned suspension also helps in this area, which makes it handle in a sportier way. It goes over bumps in the road with ease and remains rather quiet at highway speeds, which is surprising given the size of its engine options. Consumers find that the R/T model provides the best athletic handling of the group despite the stiffer ride.

The 2017 Dodge Durango has come a long way from its predecessors. There are obvious changes to it for the sake of making it more consumer-friendly. For Dodge fans that expect power over the economy, this vehicle will not fail to please in any way. It does well to keep up with competitors in both the types of safety features and ratings, but it goes above and beyond other midsize SUVs when it comes to cabin room.

Thinking of buying a Dodge Durango? Already own one? Leave a comment and let us know what you think!