Honda has never gone the two-to-three years route when it comes to redesigning its sedans and SUVs. The automaker opts instead for some annual tweaking of the exterior look and the onboard technological amenities. This is certainly true of the Honda Odyssey, a minivan that remains a consumer favorite even with the stiff competition in this vehicle segment.

Rather than sit pat with what is already an impressive lineup of trim options, Honda has made some significant upgrades to the Odyssey. For example, the exterior body is built with lighter, stronger sheet metal, and the interior upholstery has been freshened up with a new look and feel. The uplevel trims now have some very impressive high-tech gizmos that are standard equipment. These include a Pandora interface, an 8-inch color touchscreen display, and Bluetooth streaming audio. The model is now available with a built-in vacuum cleaner, and all trims now come with power-operated passenger seats.

The 2014 Honda Odyssey is available in five distinct trim levels. The base trim LX is priced at around $28,800 and is loaded with convenience features not generally found on an entry-level minivan trim. Standard amenities include manual air conditioning, rearview camera, tilt/telescopic steering column, programmable power door and tailgate locks, and a 240-watt audio system.

The uplevel EX is priced at around $32,100 and includes all the standard features of the LX plus some very nice extras such as 17-inch alloy wheels and a tri-zone automatic air conditioning system. The driver alert system includes HondaLaneWatch™, and the trim comes with integrated 2nd-row sunshades, removable front center console, and a 10-way power-adjustable driver’s seat.

The nicely appointed EX-L starts at around $35,600 and comes with a power sunroof, power rear liftgate, and leather seating for the front and outboard second row. With the EX-L, buyers can enjoy a voice-activated navigation system and a forward collision alert sensor system. This trim also comes with a chilled ice box, auto-dimming rearview mirror, and a rear-seat area entertainment system as an option instead of the standard voice navigation.

The luxurious Touring trim has an MSRP of around $41,900 and is equipped with 18-inch allow wheels, foglights, fold-down armrests for the rear seating area, blind-spot warning alert, and both the navigation system and the rear entertainment package. There is also a Touring Elite model that comes with xenon headlights and a wonderful 12-speaker audio system. The Touring Elite is priced at around $44,450.

“Beneath its distinctive exterior, the Honda Odyssey is a family-friendly minivan with a flexible cabin that can be configured to seat eight passengers or haul up to 148.5 cubic feet of cargo. This practicality, along with capable handling and admirable fuel efficiency, makes the Odyssey one of the top choices in the minivan segment.” – Left Lane News

“When it comes time to haul your brood, you’ll appreciate the multi-configurable second-row seat: You can leave the seat as is and fit up to three child seats side by side, or remove sections to create an aisle down the center or the side.” – Edmunds

“There’s enough space in the 3rd row for adults, particularly if the 2nd-row seat is moved forward.” – Consumer Guide

The 2014 Honda Odyssey is powered by a 3.5L V6 engine that produces a total of 248 horsepower. All trims feature a 6-speed automatic transmission. The drivetrain has been upgraded and improved on the uplevel trims. This has resulted in better fuel economy than in past years. Even the fully equipped – and therefore heavier – uplevel trims now achieve about 28 mpg on the open highway, rather good for this vehicle class. The acceleration is average, with a zero-to-60 time of just under eight seconds.

Honda continues to lead the automotive world in terms of technologically advanced safety and security systems. The 2014 Honda Odyssey features a long list of passive and active safety devices that are standard on all trim levels. These include anti-lock disc brakes, stability and traction control sensor systems, and active front-seat head restraints. The rearview backup camera is standard on all trims. The uplevel trims feature a standard multi-angle camera.

The airbags include front, front-side, and side-curtain deployment. The uplevel trims contain both a lane departure warning and blind-spot cameras. In government crash tests, the 2014 Odyssey earned top ratings for frontal offset collisions, and scored well in overall collision tests. The braking distance for this model is 60 mph-to-zero in just over 130 feet, which is more than acceptable for a minivan.

Honda has always placed second- and third-row seating volume as a high priority. Nothing has changed for the 2014 Odyssey models. The second-row area is extremely wide and comfortable. The center seat in the second row can slide forward nearly six inches, something that is not only innovative but also safety-minded. This means that younger children in booster seats can be more easily attended to by a parent sitting in the forward passenger seat.

The third-row seats are simple 60/40 split-folding and are very easy to place in the downward position. The total storage area when the second-row seats are removed is a very impressive 148 cubic feet. It should be noted, however, that these seats must be manually removed from the vehicle in order to achieve maximum cargo volume.

The auxiliary USB and power ports are cleverly placed. The removable center console contains a trash bag holder, and the beverage chill box is located at the bottom of the center dash section. The audio control layout has been modified on all but the LX trim, with a great reduction in the number of buttons. The result is a very easily managed operation of controlling the stereo system as well as the streaming audio and satellite radio.

The uplevel trims come with heated front seats, and the vacuum cleaner found on the Touring trim is located in the left-side rear cargo bulkhead. It comes with a 10-foot hose and two separate nozzles.

Toyota and several other automakers have lately produced SUV and crossover models with similar interior volume but with larger engines. However, most who take the Odyssey for a test drive will be more than pleased with the vehicle’s acceleration. The ride is smooth enough, and the noise dampening features are definitely something to salute. All Odyssey trims come with a 6-speed automatic transmission that provides smooth shifting without noticeable delay.

The steering is very responsive, with minimal effort to correct oversteer or straightening after encountering a bump. The vibration is also negligible unless traveling over uneven pavement at high speed. Drivers will notice significantly less passing power than what is experienced on a few of the competing models, but the overall performance is above average. 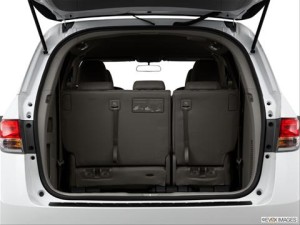 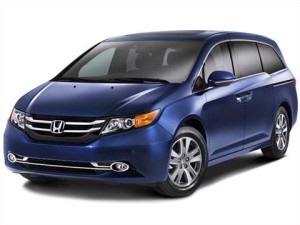 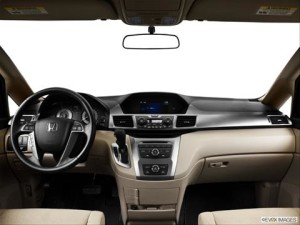 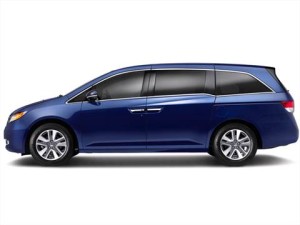