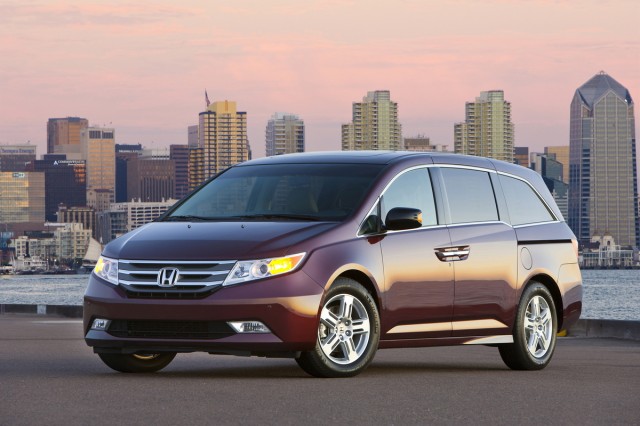 While some people avoid minivans in favor of attractive SUVs, they’re usually the best choice for families who need to haul people and their stuff to and from school, sports practice, grocery shopping and work. If you need to seat 8 passengers, plenty of interior space, great fuel economy and don’t want to spend north of $30,000, the Odyssey should definitely be considered because it is one of the best minivans available.

Five trim levels are offered on the Odyssey. The entry-level LX comes equipped with the amenities mentioned above in addition to the following features:

The EX trim features comfortable seating for another passenger to bring the total to 8 and the 17-inch wheels are upgraded to alloy. Other features added at this level include:

Next up is the EX-L trim, which adds satellite radio, an auto-dimming rearview mirror, chilled storage, power front passenger seating, heated front seats, leather first and second row seats, a power liftgate and a sunroof. You also get to choose between a rear-seat entertainment system and a voice activated navigation system.

The Touring model is next in line, bumps the alloy wheels up to 18 inches and adds:

“No one lusts after minivans. They are often thrust upon us due to necessity rather than desire. But, if you must have a minivan, the 2013 Honda Odyssey is one you might actually come to enjoy owning and driving.” – Kelley Blue Book

“Among the best of the current bunch – and really, the template for why minivans are still relevant and enjoyable – is the 2013 Honda Odyssey.” – The Car Connection

“The Odyssey is also a bit pricey compared to vans like the Dodge Grand Caravan and Kia Sedona. But all things considered it’s a great choice for a family vehicle. And if people say it’s uncool, well, they don’t know what they’re missing.” – Edmunds

Most consumers don’t consider 0-60 tests when purchasing a minivan, but everyone wants to a vehicle that has decent acceleration for safety purposes. The 5-speed Odyssey clocked in at 8.4 seconds, while the 6-speed was a half-second faster at 7.9 seconds. As a note of comparison, the Toyota Sienna, which is similar in size, pulled it off in 7.7 seconds. Towing capacity for a properly equipped Odyssey is up to 1.5 tons (3,500 pounds).

The Odyssey is no slouch when it comes to safety. Standard features include:
• Active front head restraints
• Antilock disc brakes
• Front seat side-impact airbags
• Stability and traction control
• Side curtain airbags for all three rows
Edmunds tested the brakes on the Odyssey and they scored quite well. They brought the vehicle to a complete stop from 60 mph in less than 130 feet. It was given 4/5 stars in government safety testing for side, frontal and overall crash protection. It also received a “Good” rating from the Insurance Institute for Highway Safety for similar crash safety.

The second row seat in the Odyssey is great for families with children, as it provides plenty of room, and can be slid forward more than 5 inches to place it closer to the parents in the front row. This is a clear advantage over the dual captain’s seats in most minivans—at least for parents with small children. One minor disadvantage is that the second row must be physically removed from the minivan to make room for large cargo. Competitors like Nissan and Dodge make minivans with folding seats, which are much more convenient. When the seats are removed, the cargo capacity for the Odyssey is 148 cubic feet, one of the highest in its class.

Some other great interior features include a built in beverage cooler and a trash bag holder in the removable center console. The Touring Elite model boasts an additional rear-seat video entertainment system with a 16-inch widescreen viewing screen. The system can display video from multiple sources simultaneously, so the kids will not have to fight over whether to watch TV or a movie – as they can watch both, or play a video game.

The dashboard on the Odyssey features logically grouped controls for easy operation, though the Touring Elite has more than 80 controls which some people find confusing at first. Since the labels are small, it takes some time to remember what controls are where.

The Honda Odyssey may not provide as much power as the Toyota Sienna, but acceleration is ample for passing and highway merging. The power is exactly what you would expect from a six cylinder eight passenger minivan. The 6-speed transmission that comes with the Touring models is especially responsive and shifts quickly and smoothly. The standard 5-speed works well, but downshifting can be a bit delayed. The steering is the most quick and responsive of any minivan and the suspension delivers crisp handling and a comfortable ride to round out the attributes the Odyssey brings to the road.

The cabin is as quiet as a premium luxury sedan as road, wind and drivetrain noise is barely noticeable. Honda’s active noise cancelling technology is very effective and provides a pleasantly quiet driving experience – unless you have the stereo system cranked up, of course. The Odyssey is a great choice of minivan thanks to its comfortable ride, excellent performance and wealth of trims and options to choose from. 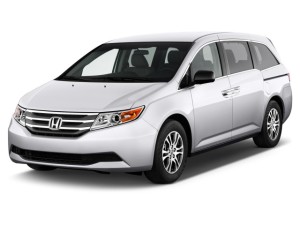 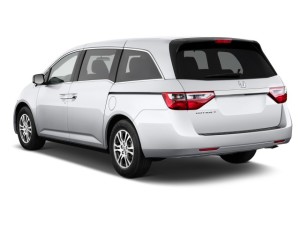 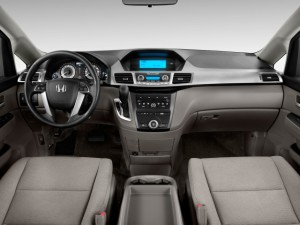 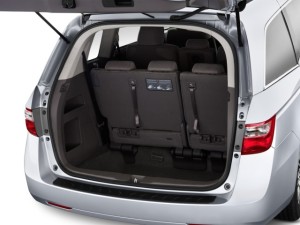